Jesus summoned his Twelve disciples and gave them authority over unclean spirits to drive them out and to cure every disease and every illness.

Jesus sent out these Twelve after instructing them thus, “Do not go into pagan territory or enter a Samaritan town. Go rather to the lost sheep of the house of Israel. As you go, make this proclamation: ‘The Kingdom of heaven is at hand.’”

The Mass intention is for Nick and Renata Barnett Sliver Wedding

While the names of the twelve appear in a few places in the New Testament no two lists are in the same order, though Saint Peters name always appears first. 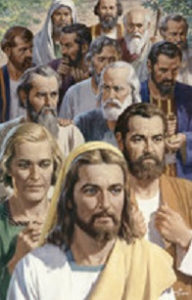