The Mass intention is for Neil Gallagher RIP

He wants the union of all in truth. At that time, the announcement of the truth that He, Jesus of Nazareth, was the Messiah became a reason of great division among the Jews.

In the same family or community, some were in favor and others were radically contrary. In this sense the Good News of Jesus was truly a source of division, a “sign of contradiction” or, as Jesus said, He was bringing the sword.

In fact, that was what was happening in the families and in the communities: much division, much discussion, the consequence of the announcement of the Good News among the Jews of that time, because some accepted while others rejected. Today the same thing happens. Many times, when the Church renews itself, the appeal to the Good News becomes a ‘sign of contradiction’ and of division. 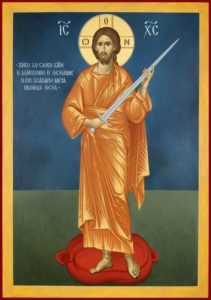