This is how it will be at the end of time: the angels will appear and separate the wicked from the just to throw them into the blazing furnace where there will be weeping and grinding of teeth.
‘Have you understood all this?’

They said, ‘Yes.’ And he said to them, ‘Well then, every scribe who becomes a disciple of the kingdom of heaven is like a householder who brings out from his storeroom things both new and old.’

The Mass intention is for Patricia & Michael Kodua

The parable in today’s Gospel is very similar to the one about the wheat and the weeds. There are always those who wish for a Church which includes only good people, where the bad ones are left out.

They do not realise that it will probably be an empty church, for God has chosen to be merciful and patient with us sinners, leaving the judgement to the end. Aren’t we all sinners, called by God to accept his mercy in our lives and that of others.

Everyone lives a life that is often inconsistent or a “contradiction” because people can be both a sinner and a saint, a victim and a tormentor, Pope Francis said.

No matter what one’s situation is, people can put themselves back in God’s hands through prayer, he said June 24 during his weekly general audience.
“Prayer gives us nobility; it is able to protect one’s relationship with God, who is the true companion along humanity’s journey, amidst thousands of hardships in life, good or bad, but always with prayer,” he said.

• We must live for the Kingdom of God by being carriers of Good News to everyone we encounter. 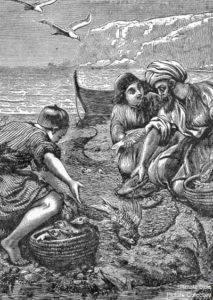