While still more people gathered in the crowd, Jesus said to them,
“This generation is an evil generation;
it seeks a sign, but no sign will be given it,
except the sign of Jonah.
Just as Jonah became a sign to the Ninevites,
so will the Son of Man be to this generation.
At the judgment
the queen of the south will rise with the men of this generation
and she will condemn them,
because she came from the ends of the earth
to hear the wisdom of Solomon,
and there is something greater than Solomon here.
At the judgment the men of Nineveh will arise with this generation
and condemn it,
because at the preaching of Jonah they repented,
and there is something greater than Jonah here.”

The Mass intention is for Mc G Family’s Intentions.

In today’s Gospel, Jesus mentioned two Old Testament personalities: Jonah and Solomon. Jonah was a prophet in the northern kingdom of Israel about 8th century BC. He was sent by God to Nineveh to call the people to repentance. In Judaism, his story represents repentance and forgiveness by God. Solomon was king of Israel about 970 to 931 BC. He was known for his wisdom such as when he settled a dispute between two women claiming the same child. Fast forward, we have Jesus who not only called people to change their lives but granting them forgiveness. We have Jesus as God’s Wisdom in the flesh (1 Corinthians 1:24). While Jonah and Solomon spoke of God’s promise, Jesus reveals Himself as the fulfilment of that promise. Indeed, “there is something greater than Solomon here…there is something greater than Jonah here.”  The foreigners such as the Queen of Sheba and the Ninevites were more open to Solomon and Jonah respectively than the Israelites of Jesus’ time. This is like the outcasts and nobodies of society who welcomed Jesus’ message unlike the Jewish leaders who plotted to silence Him. For those who believe in Jesus, no sign is needed. For those who doubt Him, no amount of sign would be sufficient.

Lord Jesus, thank You for Your Word today. You offered Yourself as a ransom for all by dying on the cross. May this sign of Your love melt our hearts of stone so we may believe and trust in You. Amen. 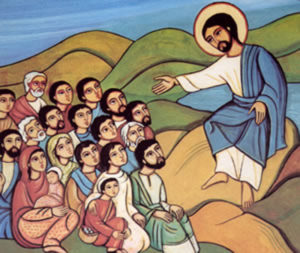