The Pharisees went off
and plotted how they might entrap Jesus in speech.
They sent their disciples to him, with the Herodians, saying,
“Teacher, we know that you are a truthful man
and that you teach the way of God in accordance with the truth.
And you are not concerned with anyone’s opinion,
for you do not regard a person’s status.
Tell us, then, what is your opinion:
Is it lawful to pay the census tax to Caesar or not?”
Knowing their malice, Jesus said,
“Why are you testing me, you hypocrites?
Show me the coin that pays the census tax.”
Then they handed him the Roman coin.
He said to them, “Whose image is this and whose inscription?”
They replied, “Caesar’s.”
At that he said to them,
“Then repay to Caesar what belongs to Caesar
and to God what belongs to God.”

The Mass intention is for Martyn S’s Intentions 11am.

The Pharisees asked a tricky question to Jesus: Is it lawful to pay the census tax to Caesar or not?” At this point the Jewish authorities were plotting against the Lord. If He said no, they would use it as evidence to hail Him in court.   Jesus knew their intentions and gave them a wise answer: “repay to Caesar what belongs to Caesar and to God what belongs to God.” Saying so, He affirmed that tax is legitimate as seen in the Roman coin which bears the image of the Emperor. One may ask, what belongs to God? We belong to Him because we are created in His image and likeness (Genesis 1:26). Through Baptism, we became God’s children. “Do not be afraid, for I have redeemed you; I have called you by your name, you are mine” (Isaiah 43:1). Because we belong to God, it is only right to repay Him. How? St Paul, in his first letter to the Corinthians (6:19-20), tells us: Your body…is the temple of the Holy Spirit, who is in you since you received Him from God. You are not your own property; you have been bought and paid for. That is why you should use your body for the glory of God”. Another way of repaying God is by actively participating in the missionary role of the Church. Pope Francis wrote: “This missionary mandate touches us personally: I am a mission, always; you are a mission, always; every baptized man and woman is a mission. People in love never stand still; they are drawn out themselves, they are attracted and attract others in turn; they give themselves to others and build relationships that are life-giving. As far as God’s love is concerned, no one is useless or insignificant. Each of us is a mission to the world, for each of us is the fruit of God’s love.”

Lord Jesus, thank You for Your Word today. You are the perfect image of God. United with You in the sacraments, may we be changed into Your image so that we can be Your authentic missionaries to the world. Amen. 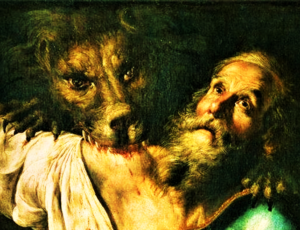