In the course of his teaching Jesus said,

“Beware of the scribes, who like to go around in long robes

and accept greetings in the marketplaces,

seats of honor in synagogues,

and places of honor at banquets.

They devour the houses of widows and, as a pretext,

They will receive a very severe condemnation.”

He sat down opposite the treasury

and observed how the crowd put money into the treasury.

A poor widow also came and put in two small coins worth a few cents.

Calling his disciples to himself, he said to them,

“Amen, I say to you, this poor widow put in more

than all the other contributors to the treasury.

For they have all contributed from their surplus wealth,

but she, from her poverty, has contributed all she had,

The Mass intention for Private Intention.

St Boniface was an Englishman who left behind a promising career in the Church to become a missionary to the northern Germans. His preaching was successful that he was forced to write a letter to his compatriots begging for books, vestments, and money to support “those who are of one blood and bone with you.” In 754, he retired as archbishop to pursue a final mission in Friesland. He was slain by robbers over the book he was reading.

St Boniface’s generosity echoes the generosity of the poor widow who “put in more than all the others…” He could have stayed in England to pursue lucrative positions in the Church. However,  he offered himself to convert the northern Germans. Until the end of his life, he was still thinking of the missions. May Christ find a generous heart in us in the many moments that He calls us lend a helping hand.

Lord Jesus, thank You for Your Word today. Through the prayers and example of St Boniface, teach me to be generous in my support for the Church. Amen. 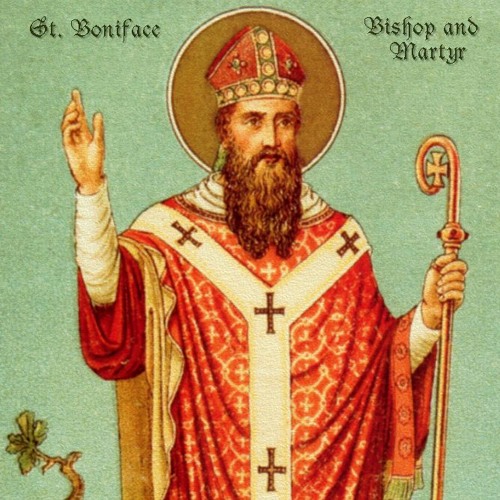