Gospel Thoughts for Today Friday 11.6.21- The Most Sacred Heart of Jesus (Solemnity)

It was the Day of Preparation, and to avoid the bodies’ remaining on the cross during the Sabbath — since that Sabbath was a day of special solemnity — the Jews asked Pilate to have the legs broken and the bodies taken away. Consequently the soldiers came and broke the legs of the first man who had been crucified with him and then of the other. When they came to Jesus, they saw he was already dead, and so instead of breaking his legs one of the soldiers pierced his side with a lance; and immediately there came out blood and water.

This is the evidence of one who saw it — true evidence, and he knows that what he says is true — and he gives it so that you may believe as well. Because all this happened to fulfil the words of scripture: Not one bone of his will be broken; and again, in another place scripture says: They will look to the one whom they have pierced.

The water and blood flowing from Jesus’s side are not merely a sign: they are full of divine power. Power to wash away sins, to redeem, to cleanse, to forgive, to bring about a new birth, to heal, to make us children of God; to sanctify; to divinise. In this blood and water we are also certainly meant to see the sacraments of Baptism and of the Holy Eucharist, whose ever fertile source is Christ’s death. In Baptism we bathe in this saving stream. In the Holy Eucharist, and Holy Communion, we approach so close as to drink directly from the wound in the side of Jesus.

God Bless you all Deacon Martyn 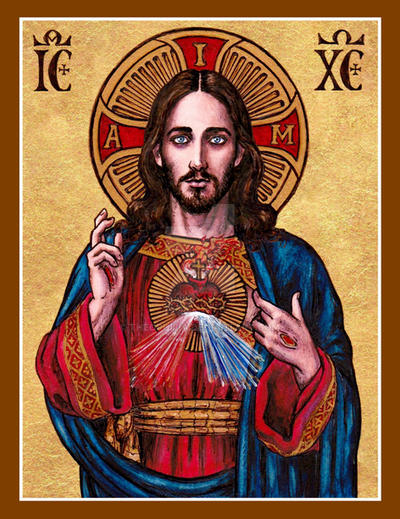