As I prepare to take sometime out for my staycation, we as a church celebrate the Glorious Assumption of Our Blessed Lady this coming weekend Sunday 15th August and I offer you the 7th Sacrament of Holy Orders for reflection! 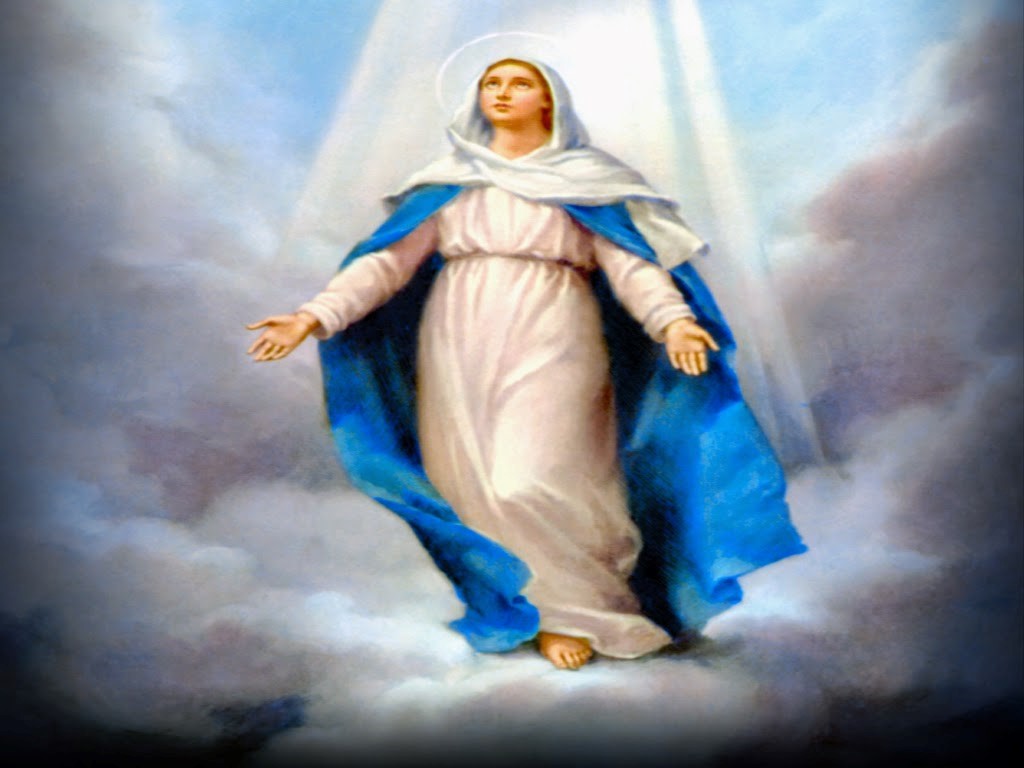 THE ASSUMPTION OF OUR BLESSED LADY

First, in discussing the assumption, the Catechism affirms that Mary did not suffer from original sin but was conceived full of grace. According to this doctrine, known as the Immaculate Conception, God’s supernatural life dwelt in Mary from the very beginning of her existence.

It is important to emphasize that from a Catholic perspective, the Immaculate Conception is not simply about Mary. This doctrine, which has its roots in early Christianity, ultimately is about the mystery of Jesus Christ. God became man in Mary’s womb. Since Jesus truly is the all-holy God, the Second Person of the Trinity, Catholics believe he is worthy to dwell in a pure vessel, a holy temple. Thus, it is fitting that God would prepare Mary as an immaculate dwelling place, full of grace and not stained by sin, for the God-man.

The annunciation scene in Luke’s Gospel may at least point in this direction. The angel Gabriel greets Mary, “Hail, full of grace.” The Greek word in Luke’s Gospel for “full of grace” (Luke 1:28) is in a perfect passive participle form, which would indicate that Mary already has been filled with God’s saving grace, even before Jesus was conceived in her womb. As we will see, the Immaculate Conception will serve as a basis for understanding Mary’s assumption.

Second, the Catechism teaches that Mary was taken to heaven when the course of her earthly life was finished. The Church does not declare whether Mary died and then was assumed into heaven or whether she was assumed before she died. It leaves open both possibilities. However, most theologians and saints throughout the centuries have affirmed that Mary did experience death—not as a penalty for sin but in conformity to her son, who willingly experienced death on our behalf. In support of this latter view, John Paul II said, “The Mother is not superior to the Son who underwent death, giving it a new meaning and changing it into a means of salvation.”

Third, the Catechism affirms that Mary was taken body and soul into heavenly glory right at the end of her earthly life. One of the consequences of original sin is the corruption of the body (see CCC, 400; Genesis 3:19). If Mary was full of grace and did not suffer from original sin, it is fitting that she, like her son, would not experience such bodily corruption.

Although there are no explicit proof texts in Scripture for Mary’s assumption, some biblical themes may at least shed light on this doctrine. For example, the notion of being taken up into heaven has some precedent in Scripture. Enoch was taken into heaven without seeing death (see Hebrews 11:5), and Elijah was whisked into heaven by the chariots of fire at the end of his life (see 2 Kings 2:11). If God could assume these righteous men of the Old Testament, it is certainly possible that Jesus could assume his own mother as well.

Even more, since the Bible presents Mary as the first Christian disciple, it is fitting that she would be the first to receive the blessings of following Christ. In the New Testament, Mary is presented as the first to hear God’s word and accept it at the annunciation (see Luke 1:38, 45). She responds to God’s word promptly by going in haste to help Elizabeth. She also describes herself as a servant of the Lord (see Luke 1:38, 48).

Mary remains faithful to her son, following him even to the cross (see John 19:25–27), where she experiences the fulfilment of Simeon’s prophecy at the Presentation: “A sword will pierce through your own soul also” (Luke 2:35).

Mary perseveres in faith throughout her life. She gathers with the apostles for prayer even after her son’s ascension (see Acts 1:14). Thus, the New Testament presents a clear portrait of Mary as the first and preeminent disciple of Christ, who hears the word of God and keeps it in her heart.

While the rest of us hope to have our bodies raised to glory at the end of time, Mary experienced the resurrection and glorification of her body at the moment her earthly life ended. Thus, her assumption—which flows from her unique participation in Christ’s victory as the mother of the Saviour and as the first and most faithful of Christ’s followers—anticipates to some degree our own share in the fullness of that victory if we persevere as followers of Christ.

An Event of Love

Finally, let us consider what a moment the Assumption must have been for Mary! In describing this scene, some Church Fathers spoke of Jesus himself coming back to earth to take his mother and bring her to her heavenly home. More recently, John Paul II said that the Assumption truly was an event of love, in which Mary’s ardent longing to be with her son was finally fulfilled. In fact, many paintings of the Assumption portray Mary rising in splendour on a cloud to heaven, received by the angels with trumpets and celebration, and reunited joyfully with her beloved son.

While artistic depictions of this triumphant event in Mary’s life are often celebrated, not as well-known are the many pieces of art that portray her last moments on earth, just before her assumption. Yet such a depiction of the end of Mary’s life—her moment between heaven and earth—can be found on one of the main doors of St. Peter’s Basilica in Rome.

There Mary is surprisingly portrayed as falling, as if she were definitively letting go of all the trials and sufferings of this life and allowing herself to fall asleep. Indeed, she is letting go of life itself as she passes from this world to the next. It is just at this moment of abandoning herself into the Father’s hands that the angels rush down to catch her and bring her up to heaven.

This depiction captures an aspect of Mary’s assumption that offers us hope in the midst of our trials in this “valley of tears.” This is the hope that God will carry us through our distress and lift up our heavy hearts. So take a moment right now and ask yourself, what burdens, troubles, and worries are weighing you down? How can you entrust yourself more to God’s loving care?

With whatever we’re facing in life, may we, like Mary, fall into the Father’s arms, so that we may have a more profound experience of his supporting us in our present sufferings and raising us to himself—both now and at the hour of our death.