Some Sadducees, those who deny that there is a resurrection,
came forward and put this question to Jesus, saying,
“Teacher, Moses wrote for us,
If someone’s brother dies leaving a wife but no child,
his brother must take the wife
and raise up descendants for his brother.
Now there were seven brothers;
the first married a woman but died childless.
Then the second and the third married her,
and likewise all the seven died childless.
Finally the woman also died.
Now at the resurrection whose wife will that woman be?
For all seven had been married to her.”
Jesus said to them,
“The children of this age marry and remarry;
but those who are deemed worthy to attain to the coming age
and to the resurrection of the dead
neither marry nor are given in marriage.
They can no longer die,
for they are like angels;
and they are the children of God
because they are the ones who will rise.
That the dead will rise
even Moses made known in the passage about the bush,
when he called  ‘Lord’
the God of Abraham, the God of Isaac, and the God of Jacob;
and he is not God of the dead, but of the living,
for to him all are alive.”
Some of the scribes said in reply,
“Teacher, you have answered well.”
And they no longer dared to ask him anything.

“For to him all are alive.”

In today’s Gospel, the Sadducees’ question revealed their ignorance of the resurrection of the dead. Jesus pointed out to them that when we rise again from the dead, we can no longer die – we become like angels, we are the children of a merciful and powerful God. A little boy once wondered what heaven would look like. His nanny described it: “In heaven, you will no longer be hungry. You will no longer be sick. You will no longer be sad.” Indeed, this echoes what Jesus taught the Sadducees. As we continue to remember our beloved dead, as we keep on reflecting on death and the afterlife this November, let us take to heart Jesus’ message to us today. At the resurrection, hunger, sickness, sadness, and all human frailties will be gone forever. These will be replaced by God who alone can satisfy our desires.

Lord Jesus, thank You for Your Word today. “May we give ourselves completely to You before death comes like a thief to steal us away. May we offer You what is most precious to us, as the Father offered His only-begotten Son, as Mary offered Jesus, and all the saints their works. Then when You call us, nothing will change. Death will be a splendid and almost imperceptible passage to the next life, in unity with You our God, who in Your goodness became flesh and suffered the agony of the cross so You could go before us, in death and in never-ending life.” (Chiara Lubich). Amen. 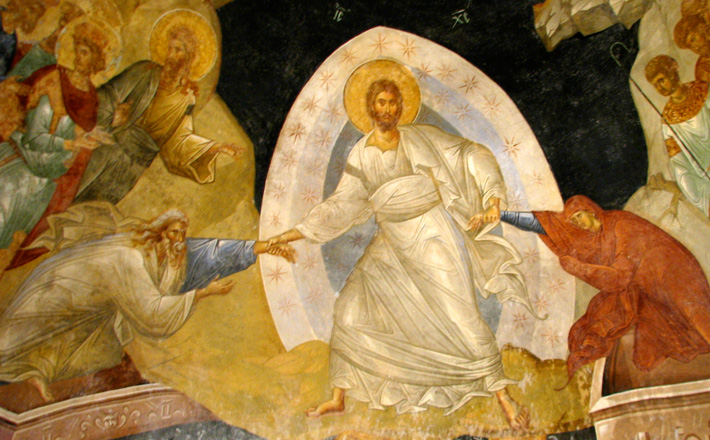