As Jesus was walking by the Sea of Galilee, he saw two brothers,
Simon who is called Peter, and his brother Andrew,
casting a net into the sea; they were fishermen.
He said to them,
“Come after me, and I will make you fishers of men.”
At once they left their nets and followed him.
He walked along from there and saw two other brothers,
James, the son of Zebedee, and his brother John.
They were in a boat, with their father Zebedee, mending their nets.
He called them, and immediately they left their boat and their father
and followed him.

During Advent, we pray for Jesus to come to us. It is quite interesting to note that it is not only us who say, “Come”. In today’s Gospel, Jesus uttered the same word to Peter and Andrew. Their response was spontaneous: “At once they left their nets and followed him.” In St John’s Gospel, Andrew was a disciple of John the Baptist. When John identified Jesus as the Lamb of God, Andrew and fellow disciple John son of Zebedee followed Jesus. After Andrew’s encounter with the Lord, he introduced Peter to Jesus. St Andrew preached in Greece where he died, bound to a cross. Tradition has it that he died on an x-shaped cross, implying that he found himself unworthy to die on a cross similar to that of Jesus. In the Passion of St Andrew, written in the 6th century, he addressed the cross: “I came to you confident and joyful, so that you too may receive me exultant as a disciple of the One who was hung upon you. O blessed Cross, clothed in the majesty and beauty of the Lord’s limbs!” Jesus’ call in the Sea of Galilee is not just for priests, deacons, and nuns. His call is addressed to you, to everyone! Like Andrew, our first missionary field is the family. As he introduced his younger brother to Christ, so must we with our loved ones. May this blessed season be a moment of generous response to His call, to bring back more souls to the Shepherd’s fold!

Lord Jesus, thank You for Your Word today. Through the prayers and example of St Andrew, grant us the grace to say “Yes” to Your call and be an inspiration for others to do the same. Amen. 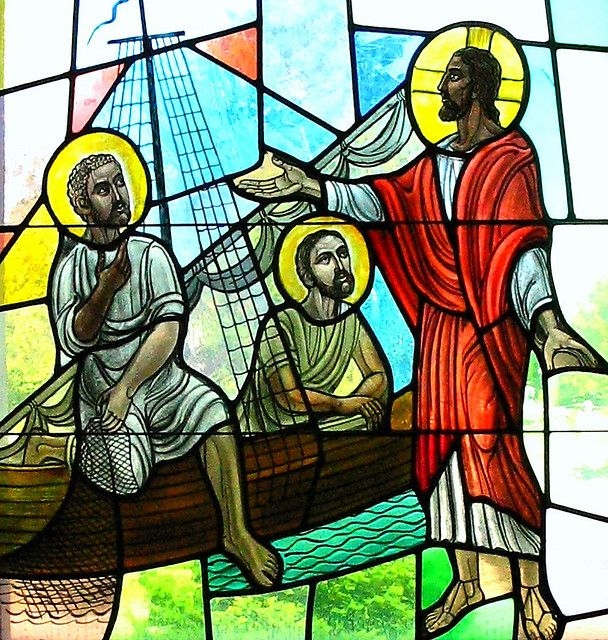